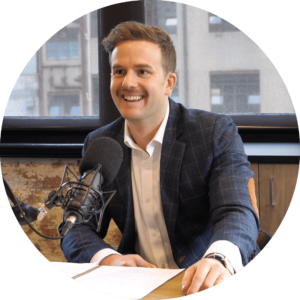 Owen Raszkiewicz is the founder of Best ETFs and Rask Australia. He is an industry expert with more than 7 years investment industry experience. Owen has written for The Motley Fool Australia, Rask Media, Rask Finance, Yahoo!Finance and MSN Money. He holds a Masters of Applied Finance, Master of Financial Planning and Advanced Diploma of Financial Planning, in addition to a Bachelor of Technology. He has also completed level 1 of the Chartered Financial Analyst Program.
More analysis from this author

On the ASX, there are a good 20-50 blue-chip ‘elite’ that are known for generous dividends, franking credits and — over the long-run — decent share price growth. Two such examples are Platinum Asset Management Ltd (ASX: PTM) and Telstra Corporation Ltd (ASX: TLS).

Telstra is our country’s oldest telecommunications business, having built the first telegraph line in 1854. In 2019, it provides more than 17 million retail mobile services, around 5 million retail fixed voice services (e.g. home phones) and 3.6 million broadband services. Telstra also has operations in eHealth, network applications and subsea cabling. In 1997 (until 2006), the Government sold Telstra to Australian investors by listing the shares on the ASX. The second batch of Government share sales, called T2, was conducted in 1999 at $7.40 per share.

Platinum Asset Management was founded in 1994, one of the co-founders was leading investor Kerr Neilson. Platinum was ‘the’ investment company in Australia for many, many years. Today, Platinum is a fund manager that aims to provide investors exposure to international shares using a contrarian, long-term and bottom-up investment process. Platinum’s International Fund has been running since April 1995.

Please note the chart below does not include dividends or franking credits, and only goes back to 2007.

While the share price performance above looks disappointing (and it is), the benefits of consistent dividends with franking credits should not be underestimated since it’s estimated as much as 50% of the stockmarket’s total return (as a whole) comes just from the dividends paid by companies.

Aside from paying big dividends over the years, there are a few more similarities between Platinum and Telstra, and in my mind, the most obvious is this: both companies were the most dominant businesses in their fields for many years, but their leadership is now under pressure.

Every telecommunications company from Derby to Darwin, Cape York to Coober Pedy had to base its business model on access to Telstra’s pits and backbone network. But let’s be real: the copper cabling was 100 years old, so let’s keep that in mind.

When the NBN Co agreed to buy Telstra’s network of pits — Surprise! That’s asbestos! — the tables had already begun to turn on Telstra’s dominance in fixed products like home phones and internet.

The prospect of selling its copper network to NBN Co made heaps of sense at the time because it guaranteed an annuity of cash flow to Telstra at a time when its fixed broadband and fixed voice products were getting sandwiched by more modern communication mediums like 4G and 5G mobile. Telstra’s gravy train was already running dry…

For the past five years and over the next five years, Telstra has and will be forced to transition its business by investing heavily into mobile networks, which don’t come cheap. This will come at a time when it has lots of ‘legacy debt’ — debt backed by the money printing machine which was its network access rights.

In mobile, Telstra is facing off with stiff opponents, with the TPG Telecom Ltd (ASX: TPM) and Hutchison Telecommunications (ASX: HTA) alliance, and SingTel’s Optus also recognising the potential.

All things considered, I doubt Telstra will be the dividend darling it once was anytime soon. While I still like the business, I’m not willing to invest my capital into a business with so much debt when it’s going through a transition like this. In my opinion, there are better alternatives for dividends.

(Irony: today, my home finally got connected to the NBN. This is the first-ever article I’ve published over a fibre-to-the-node NBN connection… let’s see if the message reaches you).

Back in the 90s and early 2000s funds management was unbelievably lucrative. It was a party.

Much like retail franchises of the 80s and 90s, shrewd and intelligent finance people realised the best way to get rich was — and still is — to use other people’s money to do it. Take their money in, invest it, charge 1-2% and (if you do what you were supposed to) get a fat clip in performance fees.

Today, funds management is still bucket loads of ‘fun’ and many great investors are fruitfully rewarded for their talents. I personally know many great Australian fund managers who deserve to be paid well.

However, funds management is now much more competitive than it was. The confluence of more fee-conscious consumers/clients and the velocity of information means fund managers are punished for moments of underperformance.

Platinum, which is a powerhouse in global funds management, is still very relevant today. But a few years of poorer performance has been paired with the rise of Magellan Funds Management (ASX: MFG) and the likes of Pinnacle-backed Antipodes Partners — amongst many others.

What I mean to say is, to some extent, many clients see their fund managers as fungible. Swapping global fund manager #1 into a portfolio in place of global fund manager #2 has never been easier. In May 2020, Platinum experienced a net outflow of client money to the tune of $211 million. That’s a small amount of money relative to its $21.7 billion under management — but it’s noticeable.

The bottom line is I think Platinum has a great business model and a talented team, but the money it makes is heavily dependent on good investment performance and, increasingly, a very strong sales focus. If I were looking for growth in a financial company for my share portfolio, I’d want to own something that is more ‘sticky’ and keeps its customers locked in — this is why I love financial technology and software companies.

In a diversified portfolio, I could see why these two companies find a spot. However, my default setting for most investors is as follows:

There are over 2,000 individual companies in Australia and 10,000 overseas, you can afford to be very choosey — and there are 200+ ETFs on the ASX.

To learn more about the way we invest, see the Rask Investment Philosophy page. 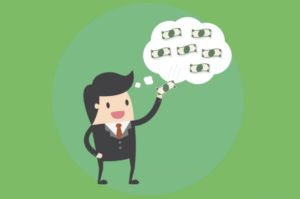 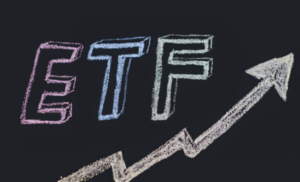 A quick review of the QOZ and VAP ASX ETFs