Australia’s S&P/ASX 200 (INDEXASX: XJO) and All Ordinaries (ASX: XAO) stock market indices hit their lowest levels since late 2020 on Wednesday. However, a decision by the US Federal Reserve overnight to lift interest rates by 0.75% has calmed markets. The ASX 200 is pointing to a positive open on Thursday.

The chart above shows the SPDR ASX 200 ETF (ASX: STW), which tracks the ASX 200 index. You can view our free ETF report on STW here.

The ASX 200 selloff continued on the local sharemarket on Wednesday, albeit with a slower pacing to falls, with the S&P/ASX200 ultimately finishing another 1.3 per cent lower. This brings the Australian share market back to the same level as December 2020, albeit on 13 per cent below the high reached in August last year.

The result of investors’ focus on US interest rates has seen the Australian Government bond yield reaching 4.2 per cent — close to three times higher than the level of just six months ago.

This rapidly changing dynamic is something Owen Rask and I spoke about in our new investing mini-series on passive income. Higher interest rates drive down stock and bond prices, but can increase the yield (dividends, interest yield, etc.) on assets. In the series, we speak about popular ETFs, including those in fixed interest (like VAF and IAF) or even the BetaShares Hybrid Securities Active ETF (ASX: HBRD).

The recession threat is now real for investors.

Every one of the ASX’s 12 sectors finished lower on Wednesday, led by the technology sector which fell 3.1 per cent. The property and energy sectors were both down more than 2 per cent. Financials and communications continue to ‘outperform’ falling less than 1 per cent each. The market was also battered by news that the Australian Energy Market Operator had effectively taken over Australia’s energy production and distribution as major suppliers refused to increase supply due to the price cap. There are growing warnings of a series of blackouts across the Eastern seaboard.

The Government also confirmed that the minimum wage will increase by 5.2 per cent to match recent inflation rates, the largest increase since 2006, which was met by concerns from small businesses which are struggling to find let alone pay their staff. Among the rare highlights on a tough day were Computershare (ASX: CPU) and Lynas (ASX: LYC), which gained 3.3 and 4.2 per cent respectively, with Graincorp Ltd (ASX: GNC) and Elders Ltd (ASX: ELD) also benefitting from a growing shortage of important produce.

Sleep technology business ResMed Inc (ASX: RMD) fell 2.5 per cent despite announcing the acquisition of software provider MediFox Dan for US$1 billion. The deal will see the group expand to the out-of-hospital market in Germany. Macquarie Group (ASX: MQG) was a standout among the falling banks, gaining 0.2 per cent, following a difficult few days for the sector but with the threat of recession a real and present danger, reconsidering portfolio exposures will be key.

In market news, ETF Securities, the ETF issuer of products including the popular Lithium Tech ETF (ASX: ACDC), has been acquired by global ETF giant Mirae, which will have no impact on the traded ETFs but may well see a new selection of options arrive on the market.

Global stock markets were buoyed by news that the Federal Reserve had simply increased the cash rate by the expected amount, being 75 basis points. Despite this being the fastest rate hiking cycle in more than 30 years, the market was pricing in the risk of a more aggressive hike, hence the Nasdaq gained 2.5 per cent, the S&P500 1.5 per cent, and the Dow Jones 1 per cent, with every sector gaining in an ‘everything rally’.

The Fed expects to get the cash rate to 3.75 per cent by the end of 2023, at which point it may begin cutting rates again. The crypto sector was among the biggest beneficiaries, with Coinbase (NASDAQ: COIN) gaining 6.6 per cent. The Fed faces the challenge of a weakening economy, with retail sales falling 0.3 per cent in May as vehicle purchases tanked.

Apple (NASDAQ: AAPL) stock gained 2.7 per cent on the more certain outcome while also announcing a US$250 million deal for exclusive rights to the US Major Soccer League. Property platform Redfin (NYSE: RDFN) also benefitted after the CEO confirmed he had asked 8 per cent of staff to leave. 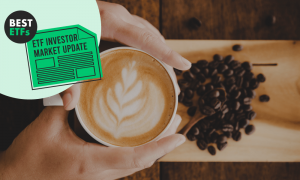 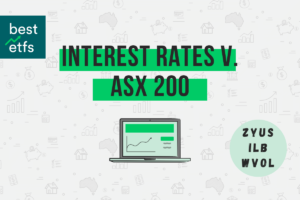 ASX 200 falls on RBA news, could these 3 ETFs benefit?